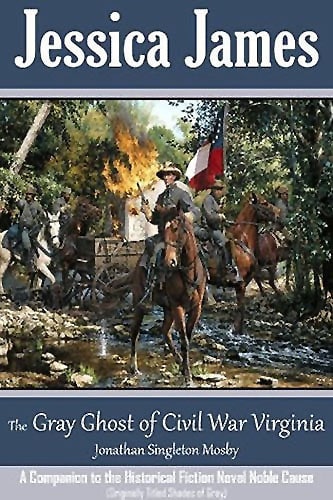 Only available in e-book format

No name in the annals of the Civil War conjures up a more romantic and awe-inspiring image than that of Confederate Colonel John Singleton Mosby of Virginia.

The epitome of the Southern cavalier, Colonel Mosby was a charismatic officer whose small band of partisans outwitted and outfought the Union army on the fields and farmlands of northern Virginia. So great was the panic inspired by this one officer’s military ingenuity, so prominent was the threat he created to the Union forces, that he came to be known in the north as more of a myth than a man.

Jessica James penned this book as a way to share this real-life soldier’s story with fiction fans. John Mosby was the model for the fictional character Colonel Alexander Hunter in the novel NOBLE CAUSE (originally called SHADES OF GRAY).