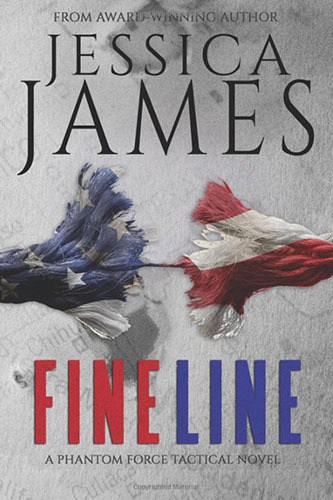 “Despite the stakes stacked against them, the men of Phantom Force Tactical are willing to risk everything to bring Caitlin back alive and rid the world of this power and formidable foe.”

Neither desires to work together—but they’ll never uncover the truth alone.
Landing a front page headline isn’t why reporter Caitlin Sparks is investigating a string of suspicious deaths connected to the U.S. State Department. She has a personal stake in finding the killer.
Detective Blake Madison has a connection to the murders too, and will risk anything to uncover the truth. But a journalist is the last person he’d rely on to help him solve a crime—especially one whose trail of evidence leads back to him.
Joining forces becomes essential as the body count continues to grow. Someone powerful doesn’t want the truth to come out—and will stop at nothing to make sure no one talks.
On the run with nowhere to turn, the couple devises a plan to expose the killer. The risk is great and the chance of success small, but the ultimate outcome is something neither one of them envisioned.

With a new wife and a new career as the co-owner of the private security firm Phantom Force Tactical, veteran U.S. Navy SEAL Blake Madison thinks he had it all. But when his wife disappears from their bed while he’s taking a morning jog, Blake has to figure out if it’s someone from her past as an investigative journalist—or his as a combat veteran and detective.

Blake and his partner Nick “Colt” Colten assemble a team of the nation’s top warriors to take on the job of solving the crime. Will Phantom Force prove their worth and save her life? Or will Blake lose both his private security company and the woman he loves to an unscrupulous rival bent on revenge?