THE LION OF THE SOUTH

What they’re saying about Jessica’s latest historical fiction novel, THE LION OF THE SOUTH.

“Thoughtfully and intricately woven; smoothly unfolded and deeply engaging, with heroes that are larger than life.” – GoodReads

The Scarlet Pimpernel meets Gone with the Wind in this tale of espionage & deception during the Civil War. The lives of two men—and the destiny of a nation—are held in one woman’s hands.

AS THE CIVIL WAR grinds into its second year, a mysterious figure known only as THE LION OF THE SOUTH emerges from the shadows to rekindle the Confederacy’s spirit of defiance.

JULIA DANDRIDGE returns to the Virginia home where she was raised, only to discover that the war has changed everything—and everyone—once dear to her.

With no one to turn to and nowhere to turn, Julia is caught in a tangled web of secrets and deception. The only way to save her beloved brother from the hangman’s noose is to unmask the Lion—but who is he?

When she finally discovers the enigmatic hero’s true identity, Julia sets off on a desperate journey to stop the vengeful plot she helped set in motion, determined to save the two men whose lives hang in the balance—and redeem herself from the deadly mistake she has made.

Use THIS LINK to buy from any Internet Retailer. 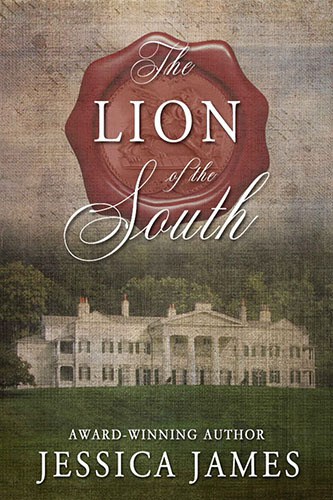