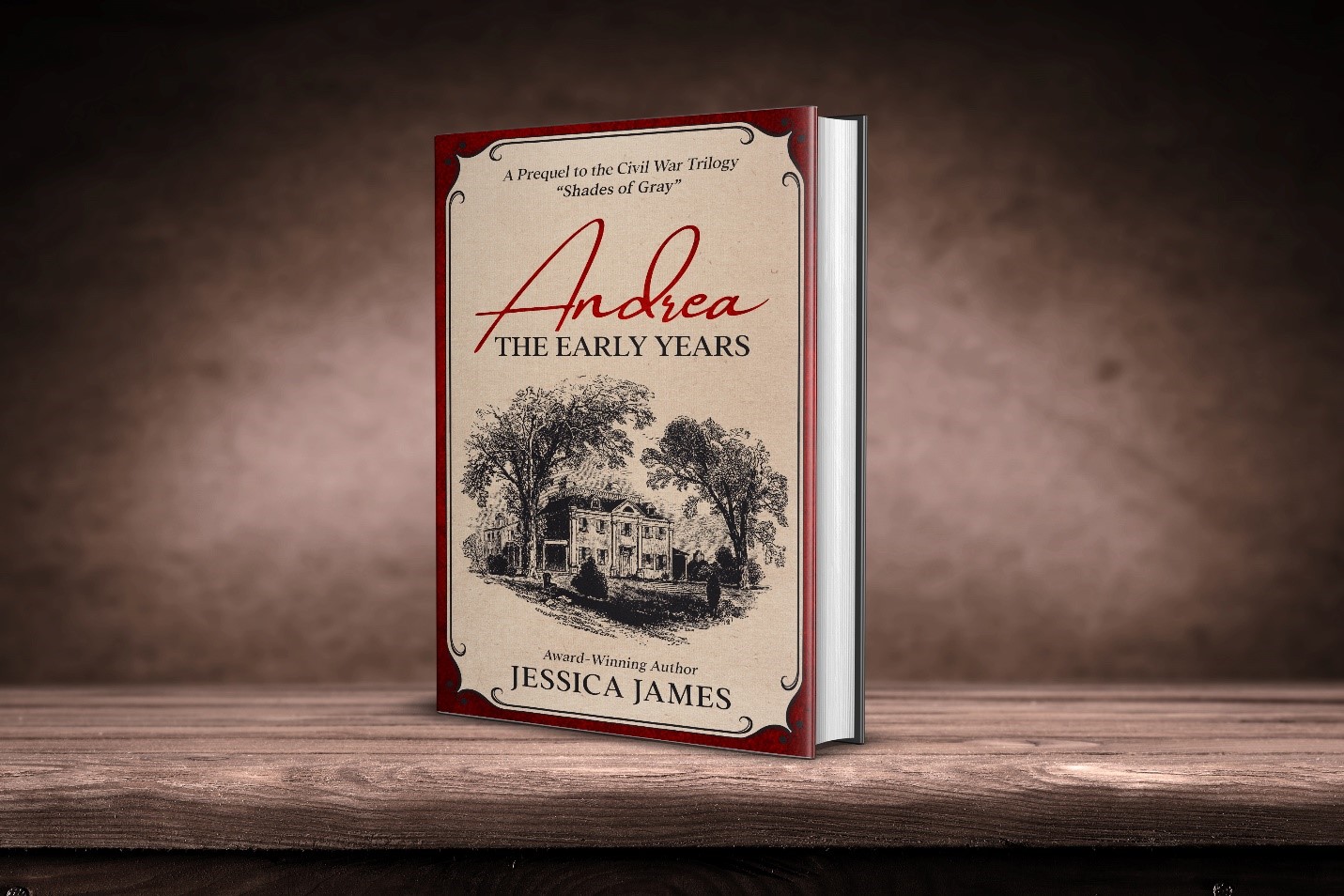 Did you hear the news? The Prequel to the Shades of Gray Civil War Trilogy is now available as a short story!

Andrea: The Early Years gives a glimpse into the main character’s life and what drove her to become so independent and fierce. And guess what? It’s already hit #1 in New Releases for Historical Fiction Short Stories!

The entire Shades of Gray Trilogy is doing well too! Here’s what reviewers are saying:

“A haunting love story that stays in one’s consciousness long after the last page is turned!” – InD’tale Magazine

“This Civil War story should be on the shelves of any genre reader.” – Midwest Book Review (Diane Donavan, Senior Reviewer)

“Absolutely riveting. Definitely one of my all-time favorites.” – A. Webb, BookBub

“The best, most engaging, powerful, beautifully written book that I have ever read (and I read a lot of historical fiction).” – R. Chesterfield, NetGalley Reviewer

“Fabulous and engaging from the start.” – Rebecca Hill, Book Blogger

If you haven’t read the Trilogy yet, here’s a little tease:

Is love worth fighting for when it crosses enemy lines?

History is brought to life in this epic Trilogy when a renowned Confederate cavalry officer discovers that the woman he promised his dying brother he would protect, is the Union spy he vowed to his men he would destroy. This timeless love story illuminates the fine line between friends and enemies at a time when traditions and principles were worth defending at all costs.

This is the tale of Colonel Alexander Hunter, a dauntless and daring Confederate cavalry officer, who, with his band of intrepid outcasts, becomes a legend in the rolling hills of northern Virginia. Inspired by love of country and guided by a sense of duty and honor, Hunter must make a desperate choice when his mysterious foe falls into his hands in enemy territory.

Should he keep his promise to his brother? Or continue to fight for his beliefs?

Just when a truce appears to be reached, a misunderstanding takes place that starts a catastrophic chain of events. The result is a vivid, raw, emotional and poignant clash of personalities as both characters fight to defend their beliefs, their principles and their honor.

This moving tale of dueling convictions, impossible choices, and enduring love is destined  for an honored place among the classics of the American Civil War.