I love September when the sky is a brilliant blue and the temperatures turn cooler. We grew our own pumpkins this year and have three that are getting plump and orange — another sign that autumn is fast approaching. 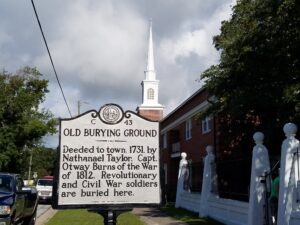 As a way to say goodbye to summer, I made a second trip to the Crystal Coast of North Carolina recently — and discovered more great historical sites! (Yes, that’s what I do even when at the beach).

Walking through the gates of the Old Burying Ground in Beaufort, N.C., was like walking into another dimension. Locusts in the live oak trees were deafening and blocked out all other sound.

Established in the early 1700’s, Old Burying Ground is the town’s oldest cemetery holding fascinating stories about Beaufort’s 300-year history. Many graves are marked with shell, brick, or wooden slabs because stone markers had to be brought by sailing vessels. Other grave sites have vaulted markers that were covered in brick to protect them from high water and wild animals. I’ve seen these at many historic seaport towns. 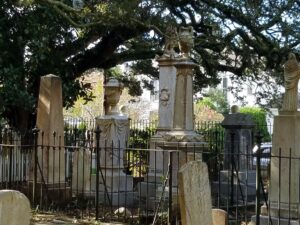 Paths between the ornate tombstones lead visitors through the oak canopied burial site. It is a beautiful, somber, and fascinating place to visit on a hot September day. I could have spent hours there, knowing that every tombstone has a story to tell.

I also spent a lot of time walking on the beach during this trip. For some reason, it’s so much easier to walk five miles a day when waves are crashing beside you and water is rushing over your toes.

I have to admit it took me longer to get my walks in because of the number of seashells that were lying around. I had to stop at each pile and look at the many different colors and designs. 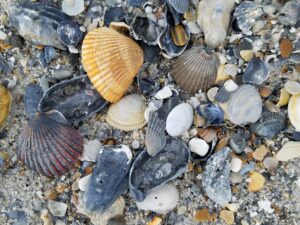 As you can see, when I say the shells were piled up, they really were. I was planning to take a boat to Sand Dollar Island or Shackleford Banks, but I ran out of time. Both are known for their large assortment of shells and wildlife.

Shackleford Banks has another draw too — a herd of wild horses. The manner in which the horses arrived is still a mystery, but legend has it that these horses are descendants of Spanish mustangs that survived a shipwreck.

If you’ve never been to the quaint seaport town of Beaufort, N.C., I highly recommend it. History, horses, shopping, and good food are just a few of the reasons that make a stop there worthwhile. 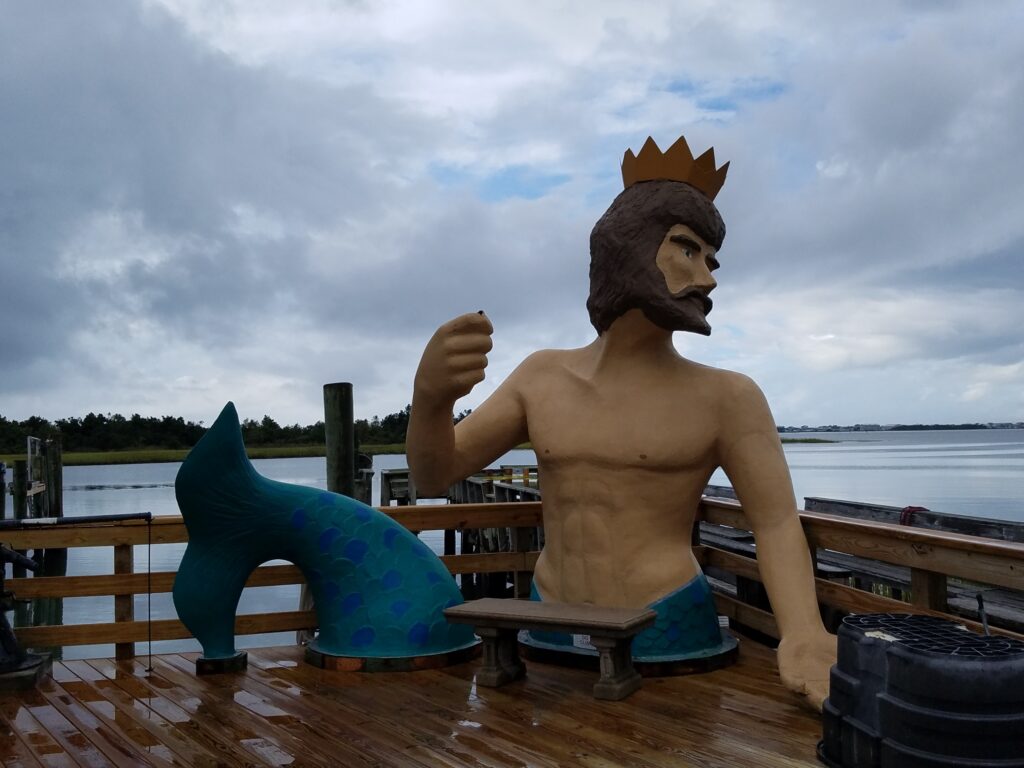 This photo was taken in another wonderful waterfront town – Morehead City, N.C.