History on Horseback: A Ride Back in Time 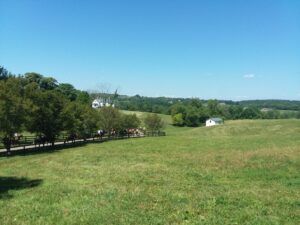 History on Horseback: I’m not sure which one I enjoyed more this past Saturday: Getting to go on a two-hour trail ride through some of the most beautiful scenery in the country, or getting to hear first-hand accounts about the history of our great nation.

The Trail Ride was put together by the Mosby Heritage Area Association and they never fail to offer a top-rate program. The ride began at historic Stoke Farm, then continued over the hills and pastures south of the village of Aldie and into the Bull Run Mountains. Along the way, historians and volunteers brought history to life, including the life of Revolutionary War spy John Champe, which deserves an entire post. 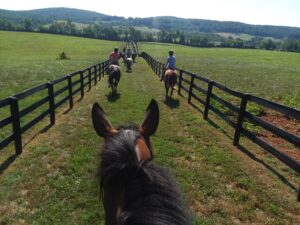 I rode a wonderful Clydesdale/Thoroughbred cross named Otto, who is used for foxhunting so I think he enjoyed the leisurely pace. (Although we did a lot more than just walk).

In addition to just getting to enjoy the view, we were treated to short talks about historic events that occurred in the area. The estate (called Stoke) where the ride started, had a ton of history all by itself. Built in 1840, the house was later renovated by Colonel Floyd W. Harris  in 1907. 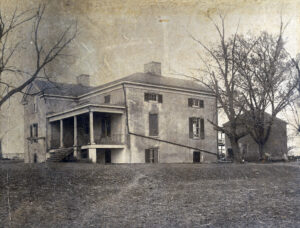 When the Civil War broke out in the spring of 1861, four local brothers enlisted in the 8th Virginia Infantry Regiment. They ended up serving with such distinction as officers that the 8th earned the nickname “The Berkeley Regiment.” Stoke was home to Norborne Berkeley, who served as Lt. Colonel and later Colonel of the 8th Virginia.

The house was also a “safe house” for Mosby’s Rangers, meaning it was used as a place of refuge when they were in between their raids. The house became the site of a skirmish when Yankees showed up hoping to find some of Mosby’s men. Bullet marks from the fight remain in the dining room to this day.

After the war, the estate was home to Eleanor Harris, who developed “Berkeley Gardens” during the Great Depression. 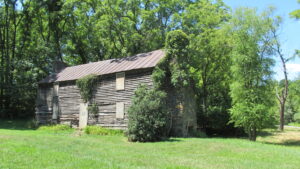 We also passed a building that is believed to have been used as an “ordinary.” Inn or taverns were known as “ordinaries” in eighteenth-century America because they catered to the full spectrum of social classes. Ordinaries provided a variety of services, from meals and liquor, to overnight accommodations. While colonial law required innkeepers to provide suitable lodgings at a reasonable price, exactly what constituted “suitable” was always in question. 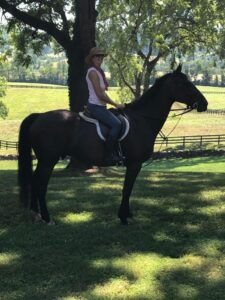 I can’t think of a better way to spend a Saturday morning than seeing history on horseback. Yes, I might be a little sore today, but it was worth every ache and pain.

The Mosby Heritage Area Association is sponsoring another ride on Aug. 1 in Upperville. If you live anywhere close by, you should take a look!

Don’t miss Part II of this post when I tell about Revolutionary War spy John Champe. We passed the site where his house stood, and learned about his harrowing ordeal trying to kidnap Benedict Arnold.

I also stopped by historic Aldie Mill, so will have some photos of that soon as well.