Where did the summer go?

Summer seemed to fly by in a blur 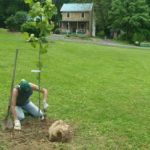 that started with the release of Lacewood in June, followed by the official planting of a sycamore tree in the middle of the yard. The tree had a near-death experience once it was planted, but it is now thriving, and looks like it loves its new home. I can’t wait to watch it grow, and look back on the year its roots were placed in the ground and Lacewood was released to the world.

It was also in June (seems like forever ago) that I found out that The Lion of the South won a John Esten Cooke Award for Fiction, and that Front Line was named a finalist in the Indie Excellence awards for Best Suspense. Where did the time go? 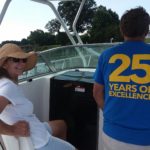 As soon as June ended, it was off to celebrate the Fourth of July at my brother’s house. After a boat trip to St. Clement’s Island, we floated in Breton Bay on rafts. And ate. And drank. And laughed. A lot.

As you may have seen in an earlier post, St. Clement’s Island has a lot of history. It’s now a state park with a museum, walking paths, and picnic area, making it a beautiful place to visit and spend the day. They even have a water taxi that will take you there.

At some point in July, I decided the bottom part of the yard was too wet to mow, so I unloaded two truckloads of topsoil and planted wildflowers. It was WAY more work than I anticipated, but it ended up being a huge success! The area has been covered with butterflies of every description ever since the flowers bloomed — and the best part is it doesn’t need to be mowed anymore! 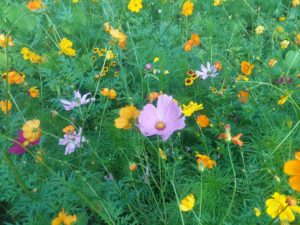 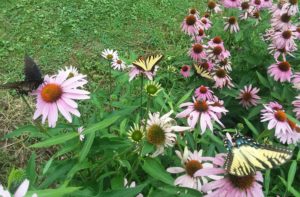 The next project I started this summer  is still ongoing. Let’s just say that tackling a kitchen makeover by myself was a little more than I anticipated. BUT I can’t wait to share the official before and after photos with you when it is all done! (September maybe)? 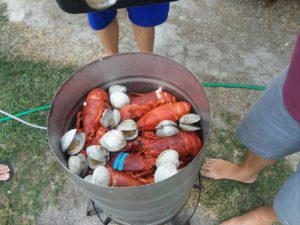 I went to Baltimore in August for a #BaltimoreCleanup event, and then made another trip to my brother’s house for a Lobster/Crab/Clam feed. (Oh my gosh, it was good)! My nieces and nephews invested in an upgraded flotation device so we had another “Girl’s Day on the Bay” getting pulled behind the “mother boat.” 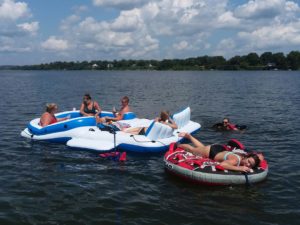 Now, I’m busy trying to squeeze everything in before summer “unofficially” ends over the Labor Day holiday.

Last weekend I finally made it to see 100 Nights of TAPS at the Soldiers National Cemetery in Getttysburg, and then watched the sunset from Little Round Top. This weekend my sister and I are going to see Civil War Hospital Stories at the Lutheran Church — something we’ve both been meaning to do for years.

After that I’m off to the beach for a few days for a final farewell to the Summer of 2019. 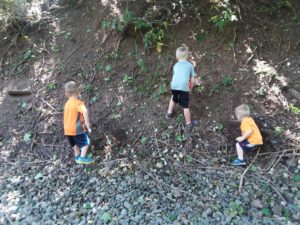 As I was writing this, I realized I missed another momentous event — taking my great-nephews on a dinosaur-bone hunting adventure. Okay, it was actually a ploy to exhaust them so they would sleep on the plane trip to Germany — the new duty station for their father in the Air Force. (Apparently it worked. They slept after takeoff).

I know that all too soon, my weekends will involve cutting wood, but I still have a few months to soak in the beautiful fall weather — and finish my kitchen project. (And come to think of it, I believe I ordered a few hundred bulbs in the Spring that will arrive soon and need planted).

Looking back, I can see why Summer 2019 flew by so fast! It may be gone, but I’ll always have the memories!