St. Clement’s – A little island with lots of history 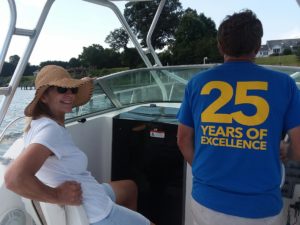 I thought I was just going on a fun boat ride with my brother over the 4th of July holiday, but ended up finding lots of history when our adventure took us to St. Clement’s Island.

For starters, this little island was the site of the first landing of European settlers in Maryland, making it Maryland’s birthplace. One hundred fifty colonists landed there March 25, 1634.

March 25 continues to be a state holiday known as Maryland Day.

But there’s more! During the Revolutionary War and the War of 1812, the British captured St. Clement’s Island using it as a base for their operations. Back then, it was known as Blackistone Island (owned by the Blackistone family) In 1848, the U.S. Congress appropriated $3,500 to build a lighthouse on the island, which was finally completed in 1851. 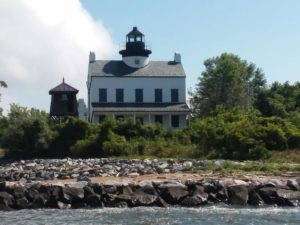 Like I said…a little island with lots of history!

During the Civil War, the lighthouse became a target for the Confederacy. On the night of May 19, 1864, Confederate Captain John W. Goldsmith and his men landed on the island with the intention of dynamiting the lighthouse. The keeper of the lighthouse, Jerome McWilliams, begged the Captain not to destroy the building because his wife was pregnant.

As a St. Mary’s county native who had crossed the Potomac to fight for the Confederacy, Goldsmith knew McWilliams, and only destroyed the lighthouse’s lens and lamp. Union troops eventually were able to repair the light and stationed a unit of guardsmen on the island.

That was not the only Civil War era event to happen near the island.  A largely forgotten naval incident also occurred there during the night of April 23 and 24, 1865, with a connection to the assassination of Abraham Lincoln.

The incident involved two steamer ships, the USS Massachusetts and the Black Diamond.

On April 23, 1865, the Massachusetts was assigned the task of ferrying about 400 Union troops from Alexandria to Norfolk, Virginia. The troops on board had lived through the darkest parts of the war — some made it through major battles and some survived prison camps.

The Black Diamond was assigned picket duty on the Potomac River  to keep an eye out for Lincoln’s assassin, John Wilkes Booth. At around 10 o’clock p.m. on April 23, the Massachusetts and its 400 passengers collided with the Black Diamond and her twenty crew.

As a result, 87 men lost their lives. 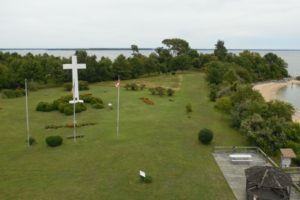 Father Andrew White stepped ashore at St. Clement’s Island in 1634 with the first Maryland colonists, and celebrated the first Catholic mass in the English speaking colonies. A 40-foot cross was erected on the island in 1934 to commemorate the mass and to mark Maryland’s founding.

The picture to the right shows the cross on the back side of the island. If you look at my picture of the lighthouse (above) you can just make out the cross between the two buildings.

Many people visit the island (there’s a water taxi for those who don’t have their own boat) to tour the lighthouse, go bird watching, hike, or just relax on the beach.  Like most beaches, the sands of St. Clement’s Island are spotted with pieces of beach glass – fragments of broken glass containers that have been weathered by the wind and the waves.

I sure didn’t know that my simple boat ride would end up revealing so much history and getting to see such beautiful sights! Below is a photo of the dock that we launched from, and one of the many osprey nests that abound along the water. There was apparently one chick in the nest, and the mother was not happy with us until we were well on our way.

I hope you had a wonderful Independence Day holiday! 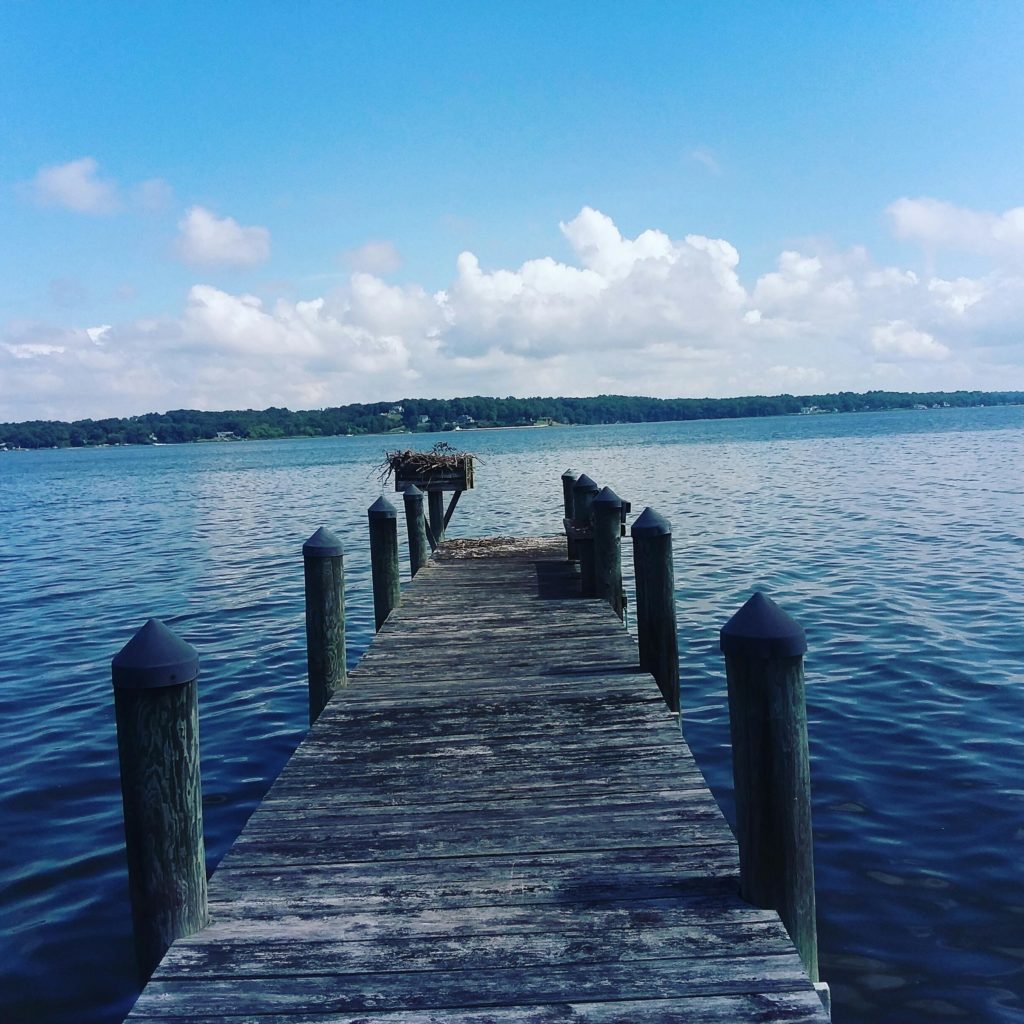