Lacewood: A story of the past and present

Lacewood pub date only one month away!

I don’t remember ever having been this excited over a book release! Lacewood will officially launch on June 18, and I can’t wait to get it into readers’ hands.

For those of you who don’t know the story behind Lacewood, it all started when I began noticing sycamore trees. (The trees with marbled cream, gray, and brown bark at the bottom and snowy white limbs at the top). Of course I had passed them every day for years, but suddenly they were everywhere…along the road, dotting the creeks, stretching their ivory limbs up to the sky in the distant fields. Most people would ignore this sudden fascination…but being an author, I knew it was the prodding of my writing angel (that’s what I call her)—and I don’t ignore the writing angel

After doing some research, I discovered that sycamores have quite a history—all the way from the Bible to the American Civil War. In fact, a 168-year-old sycamore tree is credited with sheltering a large group of soldiers during the Battle of Brandywine. And in 1792, beneath the limbs of a sycamore (buttonwood) tree, the Buttonwood Agreement was signed, establishing the parameters for the future New York Stock Exchange. 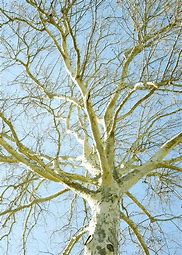 I also stumbled across a reference that referred to sycamore trees  as lacewood.

Lacewood sounded beautiful…like the title of a novel. This was wonderful news, because I usually struggle with a book’s title long after it is completed. The bad news was…that’s all I had.

Staring at a blank computer screen brought to mind the image of a house beyond a gate that was deserted for some reason. I decided the house must have secrets—but I had no idea what they were. From the beginning, I envisioned a portrait on the wall with a second portrait missing. Unfortunately my writing angel didn’t tell me who the portraits were of or why one was missing.

As I began to create the main character, I knew she also had secrets—but, of course, it would be too easy if I actually knew what they were. Right?

What finally came out after almost a year of writing is a book filled with history, mystery, small town humor, old houses, majestic trees, and of course, an underlying love story. (Actually TWO complete loves stories…one from the present day and one from the 1860s).

Stop back here often as I share more about the back story of Lacewood and images that inspired my writing!

You have Successfully Subscribed!