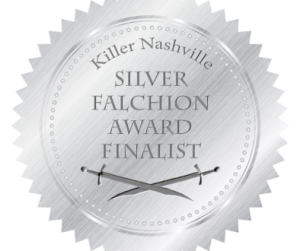 I am busy working on my next novel, but I was very honored to learn that Front Line, the third book in my Phantom Force Tactical series, was honored as a Finalist in the coveted Silver Falchion Award contest. The award is given out annually at the Killer Nashville Conference, a gathering of industry professionals that is considered the premier forum for all book genres incorporating thriller, mystery, and suspense.

FRONT LINE features former Navy SEAL Nicholas “Colt” Colton in a desperate attempt to stop a terrorist attack at an NFL football game. Colt thought the radical extremist he captured years ago was locked away for good, but a new classified mission reveals that the threat is still very real, and the corruption within the government runs deep.

My next novel is tentatively called LACEWOOD and will be released next July. Stop back here for updates!