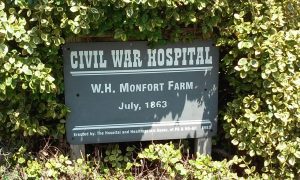 And, no, not just because it’s going to take place at an establishment that creates craft beers and whiskey, but because I will be signing in a historic barn that served as a Confederate Field Hospital during the Battle if Gettysburg.

The signing is April 21 from 1 to 3 p.m. at the brewery, which is located at 248 Hunterstown Road, just outside of Gettysburg. This is the location of the historic W.H. Montfort Farm, where more than 1,300 soldiers were taken during the Battle of Gettysburg. When the Confederates retreated, they left 446 soldiers at the farm for another 28 days. Forty-seven men who died at the farm were buried there, and later re-interred in Hollywood Cemetery in Richmond, Va. 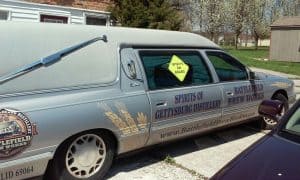 In addition to its line of specialty craft beers, Battlefield Brew Works is a distillery that offers several spirit options and food items, as well. They will be opening their third Rye Whiskey Barrel for a free tasting direct from the barrel on April 21, from 1-3 p.m., coinciding with the book signing. I can’t say as I’ve ever done anything like this before, but it sounds like fun!

Hope everyone can come out and say hello! You can’t miss the barn. It has a hearse parked out front that says “SPIRITS ON BOARD.”

I’ll have my new book, THE LION OF THE SOUTH, as well as all of my other books available for purchase. 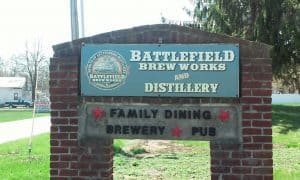