Update on a suspenseful weekend at SWAT Academy

I don’t know about you, but I can’t believe November is here! I’m sitting on my chair looking out at a beautiful scene of bright gold and red leaves on the trees, and wondering when did that happen? 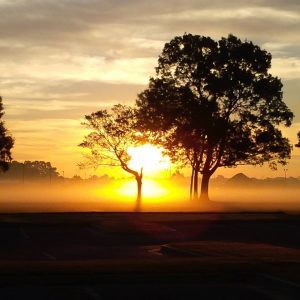 It seems like all of 2016 has been passing by like a whirlwind, but I thought I’d take some time to catch up. In October I traveled to Baton Rouge, La., and joined law enforcement professionals and writers at the Joint Emergency Services Taskforce Center for a SWAT Academy. (SWAT stands for Suspense Writers Adventure and Training).

It was such an honor to be there because the facility is one of only three in the world and has never allowed civilians on the premises before for a purpose such as this. It is used to train Louisiana State Police as well as special operations units from all over the world.

The SWAT Academy for writers was put together by NYT best-selling author Liliana Hart and her husband, former police chief and SWAT member Scott Silverii, who are also the owners of Silverhart Publishing. This all-inclusive weekend featured top professionals in various law enforcement fields to help writers “experience” the things they write about. They covered everything from bomb and explosive to K-9 handlers, firefighting, crime scene investigation, house clearing, drug enforcement, SWAT techniques, martial arts, search and rescue, pursuit driving, and shooting, (pistols and AK’s and AR’s).

It was an exhilarating, action-packed, exhausting, 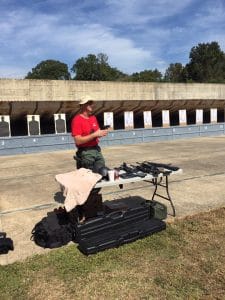 fun weekend, with wonderful and knowledgeable instructors. It was also a great networking event, with writers from Paris, Spain, Canada, the UK and all over the United States, in attendance.

During the weekend, we were divided into three teams, Alpha, Bravo (my team), and Charlie, for a series of one hour and twenty minute rotations. Each day consisted of rising in time to have a wonderful homemade Southern-style breakfast with the group (yeah for grits), followed by a bus trip to an outdoor venue in one of the activities above. Then the bus picked us up and carted us back to HQ to attend whatever class we had chosen for that time period.

Classes included topics on writing, marketing, branding and social media, as well as things like CSI, forensics, serial killers, small town cops, firefighting, cop culture, self-defense, and more. The picture to the left is the gun range, and the photo below is taken at the CSI house, where we learned how to do fingerprinting and figure out what happened at the crime scene. Very interesting stuff! 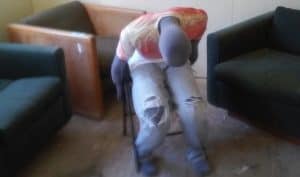 Registration the SWAT Academy is already open for next year, and I highly recommend it! I’m considering attending again because it was so much fun!

I will definitely be attending the Romantic Times conference in Atlanta, Georgia in May. If you love to read, it’s a great place to meet and socialize with your favorite authors.