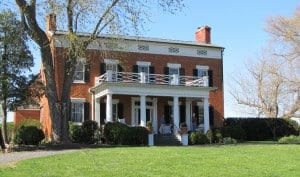 I had the opportunity to spend a beautiful April day in Mosby’s Confederacy Sunday, at the home of one of Mosby’s Rangers: Major Adolphus “Dolly” Richards, thanks to the Mosby Heritage Area Association and the Gettysburg Foundation. 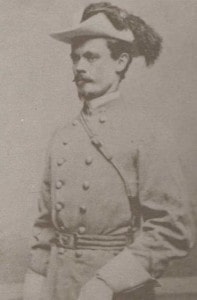 With the way they operated, Mosby knew that if his raiders had a camp, sooner or later federal troops would find it and capture his men. Instead, he requested that patriotic Virginians board his men in their houses. At a time when most of their men folk were away in the Confederate Army, having young Rangers in the household was a distinct blessing. (To the teenage girls of these households, it also meant a considerable improvement in their social lives).

Yet there was great risk in hiding Mosby’s men. Harboring “partisan guerillas” was more than enough legal cause to have you arrested by federal troops. Houses in “Mosby’s Confederacy” were searched again and again as the war dragged on. 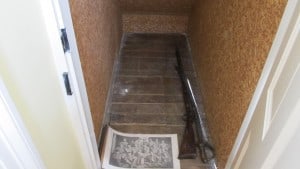 Green Garden was the home of Dolly’s father Jesse. In one particular incident, the Yankees surrounded the house in search of Dolly and his brother, who they had been told by a deserter resided there. Their father denied that they were there and was brutally beaten by the Yankees after they found some clothing belonging to the known Mosby Ranger. Dolly was hiding in a “hidey hole” in a closet, pictured here.

Once the Yankees had left, Dolly wanted to track them down, but the Yankees had taken all of his clothes. He found an old, black felt hat, badly worn with many holes, a pair of brown Kentucky jeans, and a pair of laborer’s boots which had been discarded. Lacking an overcoat, his mother pinned her woolen shawl on his shoulders. You can only imagine how a young, dashing cavalryman felt wearing such a uniform into battle, but in the attack that followed, he was able to release a number of other Rangers who had been taken prisoner and decimate the Yankees who had been at Green Garden. 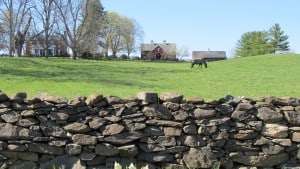 Dolly survived the war and became a lawyer in Louisville, Kentucky, where he is buried–and where I will be visiting next week.

I hope you enjoyed this quick trip to the Old Dominion. It was a beautiful drive, and I enjoyed seeing my Virginia “family” again. More photos from the trip coming soon.