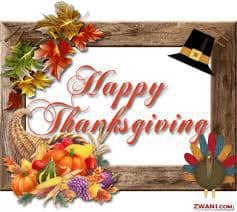 For many, Thanksgiving conjures images of Pilgrims and Indians sitting around a large table dining on turkey and pumpkin pie. While it’s true the new arrivals to America did feast with the Native Americans in the fall of 1621 – the reason we celebrate Thanksgiving as a national holiday came much later than that.

Actually, it was President George Washington who proclaimed Thursday, Nov. 26, 1789, as a national day of prayer and fasting. The reason for the observance was to show gratitude to the Creator for deliverance from the recently fought war and British rule. After the fast, there was feasting, called a Feast of Thanksgiving.

But it wasn’t until the 1850s when Sarah Josepha Hale, editor of Godey’s Lady Book magazine, wrote numerous editorials in her magazine and sent letters urging various State Governors to proclaim the last Thursday in November a “Day of Thanksgiving.” In 1863, she wrote to President Abraham Lincoln requesting that he declare Thanksgiving a permanent National Holiday.

President Lincoln, realizing that the 26th of November (1863) again fell on a Thursday, and understanding that showing gratitude on a national level would boost the morale of the American people in the midst of a Civil War, made a proclamation. That official declaration provided for a National Day of Thanksgiving to be observed every fourth Thursday in November.

This year the holiday falls on Nov. 24th rather than the 26th, but it’s still a day that reflects the original meaning of a time to give thanks in the company of family and friends.

I hope everyone has a wonderful and safe Thanksgiving!