Olden Day’s Festival a step back in time 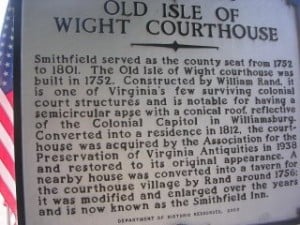 I’ll admit that I don’t always look forward to doing book signings, but I couldn’t have had a better time at the Olden Days Festival in Smithfield, Va., last weekend.

For those of you who don’t know the history of Smithfield, it is located on the banks of the Pagen River just west of Norfolk. The town and surrounding Isle of Wight County are as old as Virginia itself, having been first colonized in 1634. Lying on the opposite shore of the James River, across from Jamestown, the area was discovered by Captain John Smith and other early settlers.

Walking in downtown Smithfield is like taking a walk through history. Smithfield’s Historic District boasts over 70 buildings of exceptional architectural importance, including residences of the Colonial, Federal and Victorian periods. 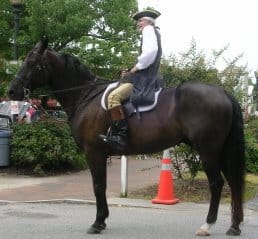 The Olden Day’s Festival, an annual event in Smithfield, was the type of celebration that makes you realize what a great country we live in. The streets were closed down for the vendors, and old cars of every type lined the streets. There was a free concert by the Rondell’s on Friday night and old-time music all day on Saturday during the street fair.

The town also has a connection to the Civil War, which is why I wanted to do a book signing for my historical fiction novel Shades of Gray there. In late January of 1864, the Union vessel Smith-Briggs landed on the banks of the Pagan River (right where I stayed, at Smithfield Station). The Union troops were pushed back by local Confederate troops, but discovered upon retreat that their gun-boat had left them behind. 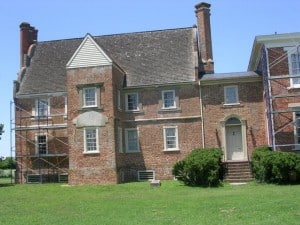 This is a photo of Bacon’s Castle, the oldest documented house built in Virginia (1665).

The house is so named because supporters of Nathaniel Bacon’s revolt against Governor William Berkeley occupied the building in 1676 during Bacon’s Rebellion. 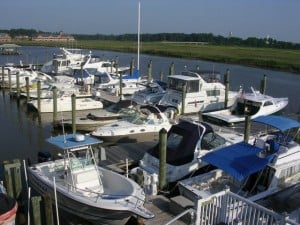 There were so many historic buildings to see that we couldn’t get to it all in just one weekend – so we will have to go back! I couldn’t end this post without saying something about the beautiful Smithfield Station where we stayed. Here is a picture of the view of the Pagen River from our balcony. It was a spectacular trip!