John Mosby – A rebel even after the war

I received my latest copy of The Southern Cavalry Review today and read it cover to cover. Many thanks to the Stuart-Mosby Historical Society’s new newsletter editor Valerie Protopapas for an outstanding job. 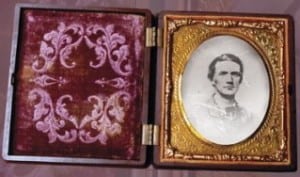 For those of you who are not familiar with Colonel John S. Mosby, he was the leader of an independent cavalry regiment that operated in northern Virginia. Feared by Union troops and revered by Confederates, Mosby became somewhat of a legend for his operations behind enemy lines. More importantly (just kidding), he was the inspiration behind my novel’s main character, Colonel Alexander Hunter. It is a likeness of Mosby that graces the cover of Shades of Gray.

Despite being outnumbered most of the time, and behind enemy lines almost all of the time, Mosby survived the War Between the States. He did not however, apparently change his opinion of the victors, nor did the defeat of the Cause diminish his stubborn, defiant attitude.

Included in The Cavalry Review this month is an April 9, 1866, letter from Captain John T. MaCauley, informing a Captain E.W.H. Reed, that “one John S. Mosby, late Colonel and Guerrilla in the army of the so-called Confederate States, did appear and parade in the street of Leesburg, Va. about 9 O’clock a.m. today wearing a rebel uniform with military buttons. (Confederate military buttons were outlawed after the war).

He goes on to explain that when a guard was sent to arrest him, Mosby went into a store and changed his clothes for that of a citizen. The letter then states: “Upon appearance of said guard, Mosby did use insulting language and did repeatedly remark that ‘if an attempt was made to arrest him he would create a force that would massacre every damned Yankee in the town.'”

Since he no longer wore the buttons, the guard left him alone. However about two hours later, the letter states, “he reappeared with said uniform and buttons, and after walking up very near the barracks occupied by the troops, he retraced his steps and posted himself on a street corner as conspicuously as possible.”

The letter writer says: I immediately proceeded to said corner, and said to him, ‘Mr. Mosby you cannot wear those buttons in the town,’ to which he replied, ‘You have not got enough men to take them off.’ About fifteen minutes thereafter, Mr. Mosby was making a north-easterly course across the fields, fences, etc. at an extremely rapid rate pursued by some skirmishers who fired several shots, but without effect, consequently he escaped.”

Just as during the war, the officer in charge of the post requested help in reining in the indomitable Mosby. He says: “I therefore respectfully, and most earnestly request… that a detachment of cavalry be sent here or that some other means be adopted to ensure his (Mosby’s) certain arrest.”

Despite this event, Mosby was actually very much in favor of reconciliation. Following the war, he became a Republican and stumped for Ulysses S. Grant in the presidential elections of 1868 and 1872. This, of course, did not really sit well with fellow Confederates, and he was shot at as he stepped off a train in 1877. Thanks to Grant’s intercession with President Rutherford B. Hayes, Mosby was appointed U.S. Consul to Hong Kong in 1878, a position he held for seven years.